Lieutenant Kenneth J. Swart, Jr. was promoted to the rank of lieutenant from Detective Sergeant in 2015 and now oversees the Detective Division in addition to being the department training officer.  In addition, he is currently serving as a co-chairman of New York State Counter Terrorism Task Force– Zone 14.

Lieutenant Swart graduated from the Federal Bureau of Investigation National Academy, Session 269 in September of 2017. In addition he is also a graduate of Columbia-Greene Community College where he also participated in both the national and international criminal justice field studies held in conjunction with the University of Southern Mississippi.  Lieutenant Swart has hosted and instructed various police trainings throughout the State.  Lieutenant Swart is a New York State Division of Criminal Justice Service Master Instructor, and holds many other instructor certifications , such as: Ethical Awareness Moderator, Domestic Violence trainer, Standardized Field Sobriety Tests, Breath Analysis and a past D.A.R.E. instructor.  In addition to his law enforcement training, Lieutenant Swart is a Pro-Board certified Fire Investigator having completed the necessary training through the Office of Fire Prevention and Control and is a fire investigator with the Ulster County Fire Investigation Unit since 2014.

Lieutenant Swart previously held the positions of vice-president and president of the Town of Saugerties Policeman’s Benevolent Association and was the president in 2010 when the Village of Saugerties voted to abolish their police department.  As president, he assisted both the Town and Village governments with facilitating a smooth transition from two smaller police agencies into one combined agency. 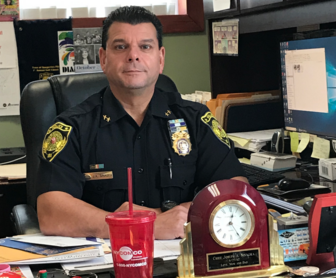 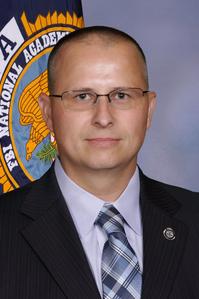 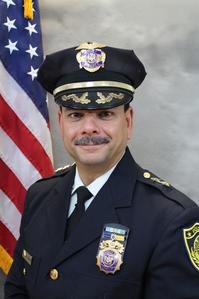 Captain Filak attended Ulster County Community College, and has attended numerous in-service training courses in a variety of law enforcement disciplines.  He is a Field Training Officer, and is also certified as a General Topics Instructor through the New York State Division of Criminal Justice Services. He is an active member of the Ulster County Police Chiefs Association, as well as the Mid Hudson Valley Chiefs of Police Association.

Captain Filak brings his experience to the Town of Saugerties, building on a background of community policing as a result of his many years of service with the Village of Saugerties Police Department.    His goal is to continually ensure that the Department meets or exceeds the needs of the public through excellence in policing. In 2014 Filak was promoted to the rank of Captain.

Chief Sinagra began his career in 1987 with the New York State Park Police, attending the Westchester County Police Academy in Valhalla, NY. Chief Sinagra also worked for the Town of Montgomery Police Department in Orange County, NY., Chief Sinagra was then recruited by the Orange County Drug Task Force, where he spent a year working undercover as a narcotics officer.  During his tenure with the Town of Ulster Police Department, Chief Sinagra began as a uniformed police officer,  K9 Handler, Patrol Sergeant, assigned for five years to a New York State Police Task Force investigating sex crimes committed against children, as an investigator  of the Ulster County Family Violence Unit, Lieutenant in charge of the Detective Division, then as Deputy Chief of Police overseeing the daily operations of both patrol and detectives, before leaving and moving on to his current position with the Saugerties Police. Chief Sinagra holds a Bachelor’s Degree in Criminal Justice, and a Master’s Degree in Public Administration from Marist College in Poughkeepsie, N.Y. Chief Sinagra is a 2008 graduate of the FBI National Academy Session 233, a members of the New York State  Accreditation Council, a members of the Board of Governors of the New York State Association of Chiefs of Police,  Past President of the  Ulster County Police Chief’s Association, current President of the Mid-Hudson Association of Chiefs of Police, and a member of the Board of Governors with the New York State Association of  Chiefs of Police.    Chief Sinagra brings his experience to the Town of Saugerties, continuing to lead the Saugerties Police Department in the professional standards set-forth by former Chief, Louis Barbaria.  Chief Sinagra led the department in achieving its recognition as a NYS Accredited police agency, a first for the Saugerties Police, fostering Community Oriented Policing strategies throughout the municipality, initiated Body Worn Camera program, increasing collaborative community involvement in crime reduction strategies, further continues toward building community trust in the Saugerties Police Department through a policy of transparency. 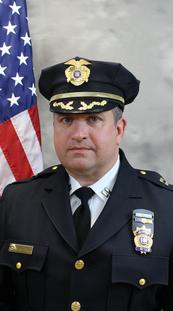